If you remember Pokemon Go, you probably are aware of how viral it became back in 2016. Niantic was grossly unprepared and under-equipped to handle the popularity and, as a consequence, their servers ran into problems with the traffic spike. Not only could the users not log in to their game, but also it took an awful lot of time for Niantic to recover from this.

Reason? Unprecedented traffic surge and not enough server capacity to deal with it.

The importance of a robust infrastructure that enables smooth traffic management is the need of the hour today when there is more digital traffic on brand channels than anytime before (thanks to the pandemic). Cloud can provide companies with all of that.

Let’s look at that in detail.

How Can Cloud Help?

Through smart methods like horizontal scaling and automatic scaling, it is possible for companies of all sizes to achieve optimum server-traffic balance. Through Cloud, both are made possible with minimal investment.

Scaling, as a concept, is an augmentation of existing resources with new ones in two ways (one or both at a time):

Being able to connect more servers (or disconnect the idle ones) according to traffic demands is the primary challenge that companies face. On-premises solutions can rarely be configured or managed effectively to respond in tandem with traffic demands, making organizations scale horizontally without really looking at the ROI of it. More often than not, doing so results in poor server performance, increased energy consumption, and maintenance costs.

On the other hand, the basal objective of Cloud is to maintain a healthy server farm that can be scaled as per client needs. Cloud makes it possible for companies to have access to augmented server capacity (or reduced server requirement for low traffic) as and when the demand arises. Dedicated, full-time server management on Clouds ensures that their clients face minimal downtime, and servers are available to handle flash-flood traffic when needed.

Autoscaling today is governed under the umbrella of artificial intelligence. Clouds employ AI to manage server deployment to clients based on their current traffic through a concept called load balancing. Automatic load balancing occurs in three simple ways:

Autoscaling through Cloud helps prevent companies from wasteful usage of resources (under-utilization from having too many servers on-premises) and possible overload (from not having enough servers on-premises). Clouds, in fact, are the answer to reducing companies’ Total Cost of Ownership (TCO) for the entire infrastructure of computing.

Bringing Cloud on board at companies has threefold benefits:

Instances to Glean From

Netflix does it best. The largest digital entertainment platform on the planet, Netflix is known to provide millions of entertainment hours daily to its consumer base that occupies 53.5% of the entire market, according to Parrot Analytics. With that said, the unpredictability of traffic on this platform – accounting for its presence on various channels like mobile phones, desktops, web browsers, and more – necessitates Netflix to deploy AWS (Amazon Web Services) cloud services to help it tackle the traffic. This ensures its viewers get seamless entertainment, come what may.

AWS not only provides Netflix with database management for its entertainment repository but also the megalithic computing capabilities and robust infrastructure to run smoothly without hiccups. Now, if Netflix had their own servers on-premises, they would probably be charging a higher subscription fee. See where this is all headed?

Pokemon Go isn’t the only instance of severe failures in the recent history of computing. Mass-level outages have happened, far bigger in scale than the game and with companies like Apple when “Kimoji” – Kim Kardashian’s emoji app – broke the App Store with traffic surges. Forbes reported that fans had flocked to the digital store by the millions; there was a time window when the app was being downloaded at the rate of 9,000 counts a millisecond! It seems that Kim earned a fortune at the cost of Apple’s server management.

However, the consumer-tech biggie couldn’t have imagined the kind of flood this would bring. On the other hand, gleaning from the example of successful autoscaling with Netflix, it is abundantly clear that with the increased traffic on the network year on year, it makes total sense to move operations to the Cloud if businesses wish to stay in the competition and improve the consumer experience.

This is precisely the kind of situation that Cloud infrastructure that has the potential to give some wiggle room. The easy scalability of server farms accessible through the Cloud can greatly help companies cut down on infrastructure costs and losses occurring due to downtime. Additionally, a direct result from managing resources well and streamlining the operations would help companies to improve user experience and boost sales. 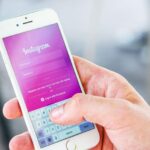 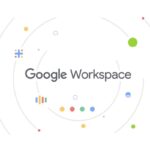