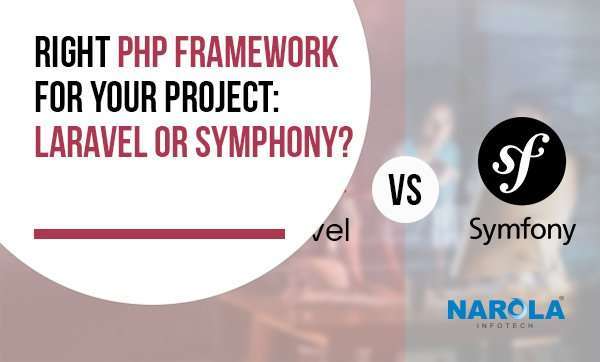 When starting a new development project, developers and businesses choose a programming language, and most importantly, a framework that allows them to write code that is well-organized, manageable, and reusable.

The same is the case with PHP development. A PHP framework makes it simple to scale your program as it grows. Laravel, Symfony, CakePHP, CodeIgniter, Silex, Yii, Aura, and Flight are among the PHP frameworks available in the marketplace.

In the initial phases of application development, the most perplexing aspect is deciding on a suitable framework. In general, businesses select a PHP framework depending on their degree of comfort, experience, framework popularity, and other factors.

However, in the past few years, the discussions about the best PHP framework have boiled down to deciding the superiority between Laravel and Symfony. In this article, we will be discussing PHP Laravel vs Symfony, their similarities and differences.

Similarities Between Laravel and Symfony

Both Symfony and Laravel provide PHP frameworks and features that are cross-platform and help you create your PHP application faster. The application’s framework aids in defining its structure, and plugins expand your ability to swiftly add functionality.

Difference Between Laravel and Symfony

Laravel surpassed Symfony in performance in the previous versions. However, as Symfony 4+ improved, its level of performance has come on par with Laravel. The performance advantages that Laravel was previously known for are now a factor of popularity for both frameworks. As long as you’re running the most recent version of each PHP framework, you will get top-notch performance.

Symfony has reusable components that increase modularity. It arranges code in a more logical manner, making it ideal for bigger, more complicated applications. Many experienced PHP developers prefer Symfony to Laravel for this reason.

Laravel’s effectiveness focuses on MVC-based apps. Since it consists of a handy collection of pre-built dependencies, if you’re developing a large-scale application, picking and choosing your dependencies and plugins makes it easier to improve and grow the app.

So, both Laravel and Symfony facilitate flexibility and scalability based on the nature of the application they are used for PHP web application development.

Therefore, both frameworks have additional templating engines among other PHP web development services which makes it easier to design HTML pages.

For data access, both Laravel and Symfony support object-relational mapping (ORM). Doctrine handles ORM in Symfony, whereas Eloquent handles ORM in Laravel. In either PHP framework, data manipulation becomes much easier with ORM.

Therefore, both have their own benefits in the aspect of data migration.

Accessing data with Laravel necessitates a greater understanding of SQL. With Symfony, this isn’t the case. However, it does necessitate the creation of a repository function for each call. If your application makes use of a complex database structure, you could end up with a lot of repository functions in your PHP and MySQL web development.

Eloquent (Laravel) has a tendency to bind your application to your database schema design. Changing the name of a column might cause modifications throughout your whole codebase. A mapper pattern is used by Doctrine (Symfony) to distinguish between your database schema and your business objects and logic.

The Laravel framework makes code testing easier by including unit testing tools with PHP development. It has the ability to conduct a huge number of tests at once. It does so to verify that the code in an app really works and that any modifications to the code will not cause any system problems.

It’s considerably easier to manage an app’s code and perform unit testing with Symfony since it gives web developers reusable bundles, no tight dependencies, and the ability to build their own design patterns. To automate unit testing and simplify web developers’ regular workload, Symfony utilizes the PHPUnit independent library.

The Laravel vs Symfony battle is not complete without discussing their security features. The Laravel framework includes a variety of advanced techniques for protecting an app’s code against hacker assaults such as SQL code injections, Cross-Site Request Forgery (CSRF), XSS vulnerabilities, etc.

In Symfony, the security component is a sophisticated and extremely powerful mechanism. It provides web developers with ready-to-use security solutions for their apps. It makes use of a variety of methods for authentication and authorization, such as encoded passwords, loading users, and so on. It also enables PHP programmer teams to use their own authentication methods.

When Should Laravel Be Prefered?

PHP Laravel has its own logic and philosophy for how your PHP application should be built. Furthermore, it is aided by fewer lines of code. Laravel would be the ideal pick for your project if you were looking for a speedier delivery time with fewer resources. It enables Laravel developers to accomplish more with less code, saving time and effort. They can concentrate more on key project solutions now that they are no longer undertaking regular, repetitive activities.

The reason for this is that the PHP Laravel framework offers pre-built capabilities like the Object Relational Mapper, Eloquent, and Blade. Furthermore, the Laravel package is easily available and the Laravel developers won’t have to spend time setting it up since it contains strong capabilities for automating certain operations like queueing, authentication, routing, caching, and sessions.

When Should Symfony Be Prefered?

A PHP website development company would choose Symfony for complicated tasks. You will get a return on your investment since there will be greater room for customized features and adjustments to match changing company needs.

When you install the Symfony framework, you just receive the basic framework, which means you won’t get any built-in dependencies like a default library or template engines, which you probably won’t need.

Symfony also has a modular framework with self-contained components. As a result, if you need to make substantial fundamental changes to your project, you can do it by re-configuring a single unit in its architecture rather than the entire project. 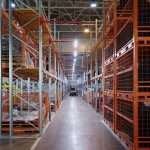 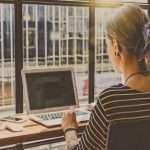