It is difficult to meet and satisfy the needs of users in today’s competitive world. Currently, quality is the primary differentiator that distinguishes an application from the crowd. Every developer’s primary goal is to create a high-quality application. To stay competitive, developers use hundreds of different input parameters to test the functionality of their applications. In such cases, testing necessitates more resources. And one of the obvious solutions for speeding up this process without sacrificing quality is automation testing.

Organizations can shift to faster releases, increased test coverage, and high-quality applications with the right combination of test automation tools. As a result, selecting the right testing framework is critical that will aid in achieving excellent results.

Cypress is one such testing framework. Cypress tests promise to deliver efficient, consistent, and reliable testing while providing early insights into flaky tests, defects, test coverage, and so on. Cypress in-built tools’ is an all-in-one framework that includes all of the tools required to begin automating right away.

Here we will learn about Cypress testing. Integrating it with test management allows developers to easily organize the scaled test automation process and successfully automate complex workflow with Cypress automation.

Let’s start with What Cypress is and why to choose this framework.

Cypress is a JavaScript-based open-source End-to-End Testing framework. It is a test automation framework based on NodeJS designed for the next generation of modern web applications.

It was created specifically for developers and quality assurance engineers to conduct front-end testing directly in the browser. Developers can use the Cypress test automation framework to create unit tests, integration tests, end-to-end tests, API tests, and so on. Despite being new, it quickly becomes a favorite of developers and testers as the most popular and easy-to-use tool.

Cypress includes several built-in features that are required in any automation tool to make developers’ and QA’s jobs easier. Screen capture, the CI/CD dashboard service for recording tests that visually shows the big picture of what is going on in the process flow, time travel, easy debugging, and so on are some of these. One of the most popular features is reporting. Cypress currently supports cross-browser testing in Edge, Firefox, and Chrome.

Multiple libraries must be maintained and integrated to support the automation framework. It increases the time and money required to keep those libraries running. You don’t have to worry about these things with Cypress because many of the necessary components are included.

Cypress is a comprehensive testing framework for creating web test automation. There are numerous reasons why Cypress is an excellent choice for development teams, particularly for JavaScript engineers who can write code and test cases. With Cypress, application developers can create modern applications faster, avoiding stressful situations such as test management.

It provides an assertion library, mockups, and stubbing without the use of Selenium. Cypress’s distinct architecture assists teams in producing more reliable and less flaky tests. This testing tool also includes the Chai and jQuery libraries, which provide powerful tools for searching and inspecting DOM elements and the ability to find and refer to details when writing tests.

How Does Cypress work?

The majority of testing tools work by running outside of the browser and executing remote commands over the network. The execution of Cypress automation testing begins on a NodeJS server, which interacts with the test runner to execute the application and test code within the same event loop.

Since both automated and application code run on the same platform, QAs and the developer can maintain complete control over the application being tested. Cypress captures snapshots of the application, enabling the team to time travel back to the state it was in when commands were executed.

Cypress is a newer test automation framework. It launches its browser and incorporates tests into the code of the web pages. By default, the Cypress framework employs the Mocha testing framework and the Chai assertion library. It is a modern driver that works within the application and provides excellent control over both the front and back ends. It allows developers and QA engineers to test real-world applications written in React.js, Angular.js, Node.js, Vue.js, and other front-end technologies.

Cypress is packed with useful features that make it an excellent choice for automating complex workflows.

Network Traffic Control – By implementing the Spies, Stubs, and Clocks features, QAs or engineers can validate and maintain control over the behavior of server responses, functions, or timers.

Time Travel- When running automated tests, Cypress automatically captures snapshots of failure or videos of the entire test suite when it runs smoothly. so that QAs or development teams can view exactly what took place at that particular step by moving the cursor over the specific Cypress commands in the Command Log and fixing the defects.

No more flaky tests- Cypress is excellent at dealing with flakiness. Before performing any command, a default timeout command gets added. It is accomplished by employing an algorithm to determine whether the element is ready to perform actions.

Test runner- To carry out automated tests Cypress employs an interactive runner. This allows the users to view the commands being executed while viewing the application being tested.

Excellent dashboard- Another resourceful feature of Cypress is the dashboard. This service provides users with access to all tests run and provides insights and a summary of the tests run using CI/CD tools. The dashboard is similar to other CI/CD tool dashboards in that it provides execution details and logs over what happened during the tests by taking screenshots.

Additionally, there is a default option to record videos of failed tests and view them on the dashboard. It aids in determining how the tests were executed in CI and evaluating the exact point of failure.

Encourages developers to write more tests- Several companies are shifting to a model in which developers are inspired to do more code testing and start writing automated tests. Here, Cypress plays a critical role in creating an environment in which quality should be everyone’s responsibility.

Excellent documentation- The Cypress team has put in a lot of time and effort to make their documentation understandable to everyone who uses it. Furthermore, no configuration is required to set up dependencies and libraries.

GUI tool- Cypress provides a GUI tool for viewing or executing tests, configuring outlook, and viewing executed tests from dashboards. Users can also watch the running tests to learn more about them. It also provides a DOM snapshot during and after performing the actions, which aids in comprehending and debugging the test in great detail. Another fantastic feature is the ability to update and save the test, which can then be automatically re-run on the GUI tool.

Consistent and precise results- Unlike other testing tools that display a lengthy stack trace error, Cypress provides consistent and reliable tests that are manageable and easily understandable. It records all test case actions and generates clear and readable error messages, allowing users to debug more quickly and increase productivity by minimizing the amount of time attempting to determine why the test failed.

What Else Can Cypress Be Used For?

Fixtures are a crucial component that makes it possible to isolate test scripts from test data. A fixture file that is a JSON file can be created by users. Multiple tests may be able to read the test data stored in this file. Keep test data in “key-value” pairs so users can access it through test scripts. The fixture file’s data can be used in one of two ways-

Cypress provides another beneficial opportunity. Users can develop and test their functions while they write tests. Additionally, Cypress functions can be written and used in tests; typically, these are included in the “commands.js” file.in

Additionally, Cypress enables them to test the application’s API. They may monitor the queries being made on the server while the test is being run in real time. Additionally, they may add assertions to the test and verify things like response body length and server response codes.

LambdaTest is a high-performing, secure, and scalable test execution platform. It enables development and testing teams to reduce test execution time by executing Cypress tests in parallel. As a result, it is possible to release applications more quickly and confidently.

By integrating Cypress with LambdaTest, users can benefit from quick and scalable execution in the cloud, access to more browser and desktop OS version combinations for testing, parallel testing, geolocation testing, 24/7 remote access from any location, instant support for the latest browser versions, integrations with CI/CD pipeline, etc.

Other additional features of LambdaTests include integrated advanced test reporting, insights into each test phase, screenshots, and other rich artifacts that speed up defect identification.

From the discussion above, it can be concluded that Cypress is a fantastic tool with an increasing feature set. This framework makes it simple for QA automation engineers to automate, set up, write, execute, and debug tests. The learning curve for Cypress automation is shorter and simple enough for anyone with minimal programming skills to grasp. Additionally, it offers a flexible test execution strategy that allows for major and unexpected changes. 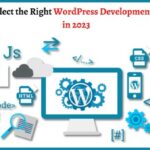