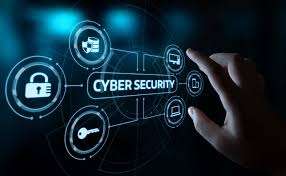 Whenever someone speaks about blockchain technology, everyone thinks in the direction of cryptocurrencies like Bitcoin. Bitcoin holds the world’s attention, and with it is the idea of blockchain development. Along with AI and IoT, Blockchain is the industrial revolution. It is not restricted to developing cryptocurrencies, but it also has exemplary practical implementations for every industry. The block system which protects the digital financial transactions can be replicated to improve cybersecurity as well.

In this article, an explanation will be shed on how cyber industry security becomes robust against system vulnerabilities and hackers.

Protection from DDosA DDoS is a known yet powerful attack in the cyber world. It is an abbreviation for distributed denial of service. In this attack, a hacker starts bombarding the requests through the malicious scripts on servers. It pushes the system limit from the average capacity to handle requests, ultimately compromising the server’s security. By doing such sabotage, hackers gain the master control and manipulate things according to the will. Companies have built some defensive mechanisms to handle DDoS attacks, but something more powerful is still needed.

By introducing blockchain technologies, the Domain Name System (DNS) becomes completely decentralized and distributes the components to a vast number of nodes, making it difficult for attackers to invade. However, Domain editing privileges are given to only those who own themselves, and no other entity can make adjustments. It lowers the chances of unauthorized persons accessing or modifying records. A network also ensures that it remains invincible to attackers using that sophisticated technology unless each node is washed out concurrently.

Messaging and email platforms use public key infrastructure or PKI to make the communication between parties secure. But the PKI they use is from the third-party authorities, which means that every key pair will get stored on their systems. It implies that any attack executed by hackers on them can compromise millions of user data. It is a significant and alarming threat as we all know that our day-to-day means of communication relies on digital channels.

From the other side, when keys get fused with the blockchain, it leaves nothing except defeat for attackers. There will be no option left for them to manipulate on generate the false key or identity. Thus, the system will achieve the maximum level of security.

Internet is the world of data, and we are the data-beings. Same as the real world, the data world also needs security and confidentiality. Whenever someone initiates any action on the internet, it travels through various sources and channels, layered from the normal eye. However, these layers consist of heavy security but are not full proof. If any black-hat hacker can find the system’s loophole, the risk of a data breach becomes inevitable.

Here, blockchain becomes the ally. That chain technology can provide end-to-end encryption and full control over the transmission and receiving of data and information. One cannot alter or temper the data once stored in the chain without the member’s permission. That is why many fintech organizations are now adopting blockchain solutions in their financial systems because no one entity controls or looks after the blockchain system’s data. It is a decentralized concept where everyone shares the same power and see what others are doing. It makes the cyberworld much robust and transparent. Against hackers and phishers, blockchain is a great defense system to protect the systems from getting compromised.

IoT devices are relatively new in the IT industry. Being new, they are left with several loopholes, allowing an attacker to exploit the system. They can easily manipulate the system by taking advantage of weaknesses. Devices like digital thermostats and CCTV cameras are easily vulnerable.

There is an urgent need for blockchain for these devices as we count on the data that the machine produces. Blockchain can help to make these devices smart and secure them without the need of any central authority. Again, blockchain implementation’s key feature to protect all the information exchanging between device and user will make the system temper-proof.

Read More >>>> What are the Solutions offered by Blockchain Security in Cloud Computing Environments?

Verifying the Validity of Downloads

Not every computer user is a tech geek. When they download something from an unofficial website, the file comes bundled with trojans and virus scripts that open the backdoor in the individual computer without letting them know. Ransomware is one example in which hackers hijack the user’s file and start blackmailing them to pay the ransom, or else; they will make their personal data publicly available.

When blockchain comes into play, it assigns exclusive hashes for downloads to provide easiness for the user. It also minimizes the probability of infecting the system with disguised viruses significantly.

Production of data on the internet is never going to stop. As real-world people protect themselves from robbers and stabbers, the digital world also needs protection from hackers and identity thefts. No matter here or there, attackers want to steal everything from you. Unfortunately, we can’t have a guard or a watchman to watch out for illegal internet activities. Privacy is the biggest concern of everybody on the internet network. Internet is a vast spread network, and one single authority cannot control it and centralize it. Every state has different rules and policies regarding internet and data usage. So, one direction cannot be for all. It is one of the primary factors for increasing cybercrimes and cyberwars.

Nevertheless, blockchain technology is the solution to improve cybersecurity. Its decentralized concept can be used anywhere to secure the data into nodes, which form a secure and unmodifiable chain. When data is distributed and stored in the nodes, it becomes nearly impossible for intruders to control the system.

Not only from the outsiders, but the chain system is also responsible for providing security from unreliable and shady internal persons who can turn their back on you at any time. The concept can be applied anywhere where safety is the top priority, and people don’t want a single controlling authority. If this is something you and your company are looking for, you can partner with Cubix to develop a blockchain-based solution to achieve absolute security. 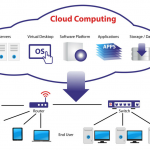 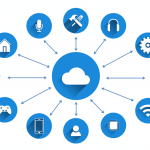