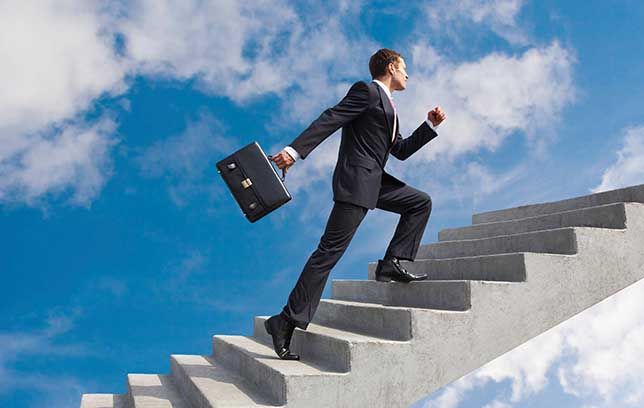 For most people, the wage they earn at work is just one tiny part of the reason they hold a job in the first place. Work often gives people a sense of purpose – of belonging – and of feeling part of a bigger entity all pushing towards the same goals and a higher purpose.

How promotion (or lack thereof) can affect performance

If you check any survey of employees and look under the reasons for quitting a job, feeling undervalued almost always ranks the highest. Sure, money can often be part of that but, more often than not, employees cite a lack of responsibility or feeling as though there’s no structured career ladder to climb in their jobs as being a reason for quitting.

Making staff feel valued should be high up the list of responsibilities for all company bosses and managers – although, sadly, that isn’t always the case.

Ideas to increase opportunities in the workplace

While all companies, bosses, and employees are different, and some tactics for getting noticed for promotion will work better in particular jobs, there are still some wide-ranging ideas you could try that are recommended by employment experts as being ways to stand out from the crowd.

If you feel like you’ve been wallowing a little at work, feel slightly under-appreciated or perhaps keep being passed over for promotion compared to your colleagues, why not try some of these hints and tips.

Undertake supplemental study to improve your skill base

In today’s connected world, it’s now easier than ever for workers to undertake extra online training that won’t particularly affect their existing jobs. The growth of online education over the last 20 or so years has been exponential, with the number and variety of courses increasing massively. Taking online training has some huge advantages compared to real-world education, including:

As mentioned above, no two people are the same, and the type of course that could improve your career prospects may differ massively from those of another person. However, as a general rule, anything IT-related will help in most jobs – for example, an online master of data science that, in today’s tech world, would be seen as advantageous by most firms.

Also, you could think about courses that offer more direct skills that could be used in your job – e.g., sales or marketing qualifications. In short, take a look at what your company does and then think about what might embellish you as a staff member.

It’s not necessarily what you know

There’s an old saying that goes, “It’s not what you know but who you know that matters,” and the idea of networking remains as important today as ever. There’s little point working yourself to the bone if that endeavor isn’t being noticed, so be sure to think about who’s important in your company and go out of your way to impress them. A little can go a very long way when it comes to impressing superiors.

Also, think about expanding your professional network outside your existing company. Having your ear to the ground and networking with people in other industries and other firms will never do any harm.

Behave as though you’re already at that higher level

At the end of the day, a boss or company owner can only go on what they know and if you don’t appear ripe for promotion, chances are your superiors won’t believe you are ready to take that step up the company chain.

One of the very best ways to convince a boss that you’re ready to go to that next level is to already behave as if you’re there. Remember, though – this can’t just be all talk. To show that you’re truly deserving of promotion, you’ll need to demonstrate great behavior in everything you do – for example, arriving promptly for meetings, dressing the part at work, avoiding getting involved in trashy work gossip, etc.

Show that you can lead

One of the key aspects of getting ahead in a firm is to show that you have the skills, confidence and presence to lead others. If you can show people skills by actively helping others, offering advice or giving support to other team members, you’ll immediately show bosses that you could become a valued and integral part of their team.

It’s worth remembering, that one of the main reasons a boss will offer anyone a promotion is to help reduce their workload. The last thing any manager wants is to offer a worker a step up the ladder only to then have to handhold them in the duties that are expected of them.

Asking for what you want doesn’t come naturally to many people, but if your boss doesn’t know you’re keen on promotion, you can hardly expect them to second guess you. While it might seem slightly forward and even a little uncomfortable asking for a promotion, it is still one of the most direct and quickest ways to show you want to go further.

Also, remember, asking for what you want doesn’t necessarily have to mean being blunt. Rather, you might mention in passing how much you enjoy being at the firm and could really see yourself going higher in the future. Or maybe saying you’d like to discuss how you could make a greater contribution to the firm.

It may be your boss simply isn’t aware of your career aspirations or hadn’t realized your desire to go further. Either way, they will likely admire your ambition and keep you in mind the next time they’re looking to promote someone.

Go the extra mile in everything you do

While it should be obvious, doing everything you possibly can at work to impress is one of the most sure-fire ways of shouting your intentions and getting yourself noticed. Putting in a lackluster performance or showing disinterest in your job is never going to impress anyone and will almost definitely mean you get stuck at that same rung that you desperately want to move on from.

Some simple ways you can show your enthusiasm for your job is to volunteer for extra work or for a position that isn’t directly related to your own. Making sure your day-to-day performance is exceptional will also help – as will submitting project work early or to a higher standard than perhaps might have been expected.

Bosses like to see this type of enthusiasm and you’ll go a long way to proving you’re the right candidate for that step up in the company structure if you can constantly demonstrate a professional work ethic and prove your worth.

Remember the importance of socializing

While being professional in your role at work is a key component of getting that raise and achieving a promotion, it’s also essential to remember the importance of being liked by your team and, in particular, your boss/bosses.

Solely concentrating on just trying to impress often won’t cut it on its own, so you should also the remember the importance of being a popular member of staff that can mingle comfortably with everyone from the boardroom right down to the shop floor.

More From: How to 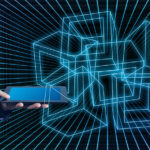 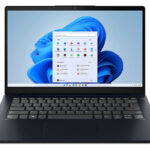