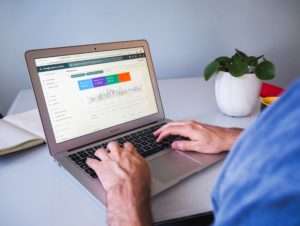 In software and app development, testing the code has always been, will always be, and is always important. It is simple: No teacher would promote a student to the next grade until the student clears all the tests and assessments diligently.

This is what an agency of app development Toronto agrees with, regardless of any of the numerous app ideas being used in developing apps.

Why is testing code important?

Developers who have worked on long term mobile app and software projects have come across common issues at one or more points during the development process. They often face the following questions in their mind:

These hair-raising questions are just the tip of the iceberg. There are more questions regarding this which are known stunners. Each app development professional has often recognized this in their choice and path of career.

There are times and instances when developers often spend more time determining the sense and essence of code without documentation and clarity, has functions in a lot of lines, is not readable, and the like.

If app development firms cut costs, then their coders will spend a lot of time doing mundane work. These issues are common across all app development Toronto firms. They cannot be taken lightly.

In simple words, programming code which is unit-tested on its own will hence effectively translate into the following practically:

What are the unit tests?

Unit tests are automated tests by developers for written code. Developers test a specific individual unit of the code separately from the rest of the software/application being developed.

A One-unit test is basically given control data for conducting a particular scenario (which is the input of the code being tested). It then expects a given output. Once that output is met, the test is cleared. Test scenarios often test a single function or the unit’s method. If needed, it can test more.

They are as under:

A lot more reusability factor for the code

Unit tested codes can be used again with ease and more confidence. App and software developers often use unit-tested and previously used code. Optimally, it should be already in use and be tested duly to prevent unnecessary bugs.

Using code that is already tested will produce code modular in nature. This helps create the core basis for it to be used again.

It is easy to make clean code and refactoring

Code that is unit-tested can be easily refactored without breaking down other parts of the app/software. Teams will be provided with quick and timely updates about the code working properly. It also indicates that something in the app might break if there is an anomaly in the code.

If configured correctly in an integrated environment, running automatic tests can be easy. Development teams will be thus kept in the loop whenever the code is pushed. It prevents the code from failing. It also helps in early problem detection in the app development process.

Unit testing codes allows for early detection and resolution of bugs. It also prevents unforeseen incidents from happening on the app production line. It is resistant to new bugs through the detection of uncommon and unforeseen situations in advance.

It is easy to make Agile Code

Code which is unit-tested will help to refactor the code easily. It will also help make it easy to add or remove features as well as changing them. Testing often results in code that is contained and not a couple. This reduces the need for a lot more lines of code. 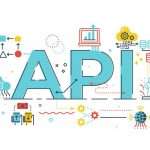